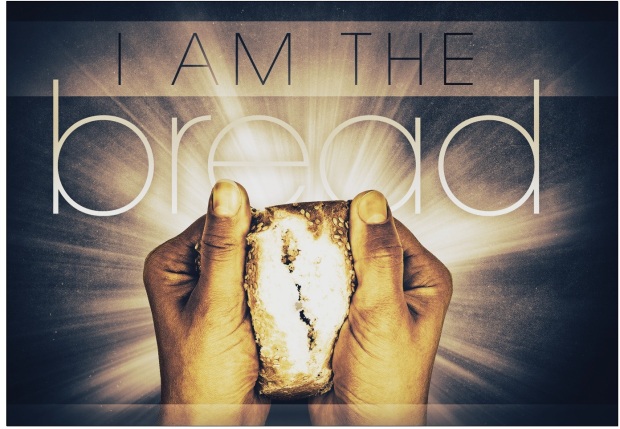 When Jesus was tempted in the wilderness, Scripture says He hungered (Matthew 4:2). I’ve read before that for hunger pains to return after such a long period of fasting, it was sign that Jesus was literally starving to death.

Has the Spirit of God ever led you to a place where you felt like you were starving to death?

Spiritual hunger, much like physical hunger, makes us desperate – desperate for relief, desperate to be filled. Hunger humbles us. It produces a need for provision.

I’ve noticed throughout Scripture, and in my own personal experiences, that when Satan attacks – the first thing he wants us to question is the goodness of God’s character.

He did it with Adam and Eve in the Garden of Eden. He did it with the Israelites roaming in the wilderness. And He tried to do it with Jesus…

But Jesus answered and said to him, “It is written, Man shall not live by bread alone, but by every word that proceedeth out of the mouth of God” (Matthew 4:4 KJV).

Jesus was prepared for Satan’s attack, because He had found nourishment and sustenance in the Word of God. Jesus counteracted Satan’s attack with a quote from Deuteronomy 8:3 – a reminder of what God had done for the Israelites.

The Israelites wandered in the wilderness for forty years. God was leading them to a promised land, but they were longing for the days of slavery. They couldn’t see where they were going, and couldn’t understand why God was taking them the way He was. The desert is a dry and desolate place. It makes us doubt the goodness of God. It makes us doubt His presence, doubt His power, and doubt His promise. But even in our doubting, God is faithful still. The Israelites were starving in the desert. They hungered – they longed to be filled. The wilderness felt like a wasteland, like a waiting room – and death was just beyond the door. But the Lord heard their grumbling, heard their complaining, and He said to Moses, “I will rain down bread from heaven for you. The people are to go out each day and gather enough for that day. In this way I will test them and see whether they will follow my instructions” (Exodus 16:4 NIV).

God was faithful to provide what they needed most, when they needed it most. But God’s provision didn’t look like what they expected. In fact, God’s provision didn’t look like anything they had ever seen before. Scripture says when the Israelites saw it the next morning, they said to each other, “What is it?” because they didn’t know what it was. They called it manna, which literally means “What is it?”

In her book One Thousand Gifts, Ann Voskamp writes, “Hungry – they chose to gather up that which is baffling. They fill on that which has no meaning. More than 14,600 days they take their daily nourishment from that which they don’t comprehend. They find soul-filling in the inexplicable. They eat the mystery.” I love that connection – because we all go through wilderness experiences in our lifetimes. We all go through dry seasons. We all go through times when we can’t wrap our minds around why God does the things He does. But if we could wrap our mind around it, would He even be God?

One of the Scriptures that brings me the most comfort in wilderness seasons is Isaiah 55:8-9 where the Lord is speaking and says, “My thoughts are nothing like your thoughts and my ways are far beyond anything you could imagine. For just as the heavens are higher than the earth, so my ways are higher than your ways and my thoughts higher than your thoughts’” (NLT).  We have to trust in that. We have to believe that God has something greater in store than we could ever imagine. We can’t fathom His faithfulness, because we can’t imagine the thoughts He thinks or the path He has prepared. All we know is what we see, and all we see is what we feel. We feel lost when a loved one dies, because we can’t see a future without them in it. We feel thirsty wandering a desert with no water in sight. We feel hungry when our strength is fading and there is nothing nearby to satisfy what seems to be our deepest need.

The sky may grow dark with sorrow, but by God’s grace, the sun will rise. Joy comes in the morning – even in the mourning. And in the morning, when we rise, we’ll see God’s grace. We’ll see His grace in the form of drops of dew on the ground. And from that dew will appear “thin flakes like frost” – and we’ll ask “What is it?” And we’ll hear the words of Moses echo, “It is the bread the Lord has given you to eat” (Exodus 16:15 NIV).

The Israelites gathered the manna – whatever it was – and ate it. They ate the mystery, ate the provision. And Scripture says it tasted “like wafers made with honey” (Exodus 16:31 NIV). When we taste God’s mysterious manna, we will taste and see that He is good (Psalm 34:8). The Israelites couldn’t see the future. Their eyes couldn’t see, their ears couldn’t hear, and their minds couldn’t imagine (1 Corinthians 2:9). But when they tasted that manna – they were getting a foretaste of glory divine. They were getting a foretaste of the Promised Land – a land “flowing with milk and honey” (Exodus 33:3). They were getting a foretaste of the Promised Messiah – a Messiah who said, “I am the bread of life. Whoever comes to me will never be hungry again. Whoever believes in me will never be thirsty” (John 6:35 NLT).

When the disciples gathered with Jesus at the last Passover meal, they couldn’t see into the future to know it would be their last meal with Him. When He broke the bread and gave it to them, it was like gathering manna. They didn’t understand what He meant when He said, “This is my body, which is given for you” (Luke 22:19 NLT). The manna doesn’t make sense when it’s in your hand, but once it’s digested – you’ll look back and see the faithfulness of God. You’ll see His presence with you in the toughest battle. You’ll feel His power fighting along beside you. You’ll understand that the path He took you along was the path you needed to travel to fulfill His greatest purpose.

The disciples didn’t know what they were doing when they took the bread and ate it. But when they saw His body broken on the cross – did they remember the broken bread in His hands? And flash forward to a few days later… Still blinded by sorrow, they journeyed to Emmaus with the resurrected Savior and still their eyes couldn’t see, their ears couldn’t hear, and their minds couldn’t comprehend. They didn’t even recognize Him… until they sat down to eat. Scripture says, “As they sat down to eat, He took the bread and blessed it. Then He broke it and gave it to them. Suddenly, their eyes were opened, and they recognized him” (Luke 24:30-31 NLT). What was it that caused them to recognize him at that very moment? Every scar tells a story – was it the scars on His wrists that reminded them? Or was it the bread – the manna, the mystery? Did the words He had spoken replay in their mind at that moment?

“This is my body, which is given for you. Do this in remembrance of me.”

Everything we do should be in remembrance of the Lord. Every time we sit around a table and break bread together – it should be a reminder of the body broken for us. We need to be reminded. That’s why the Lord commanded the Israelites to preserve some of the manna. He had them put a portion of the manna in a jar, and that jar was placed with the tablets of the law in the sacred Ark of the Covenant (Exodus 16:32-34). He wanted them to preserve it for years to come so that future generations would also be able to see and know of His faithfulness in the wilderness.

The disciples recognized Jesus at the moment they did, because they remembered. They had seen the scars and heard the stories, and they remembered His faithfulness. The manna they had tasted at that Passover meal had since digested. Looking back, they saw with more clarity the hand of God at work. The manna made sense – it wasn’t so mysterious anymore. No longer blinded by hunger – they had tasted and seen! They had tasted the Bread of Life, and received the Word of Life. Never to hunger again, never to thirst again – Completely satisfied, completely fulfilled. Even in the darkest of days and driest of seasons – The Word of God remains, and His Bread sustains.