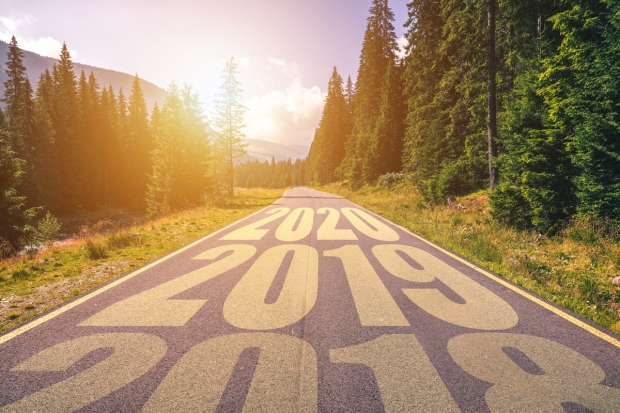 As I reflect back on this past decade, I have so much hope for the road ahead, because I can clearly see how God has been working all things together for good. When I think back and remember who I was on January 1st 2010 – I see so much personal growth. On a day-to-day basis it’s easy to look at my life and be discontent. This isn’t the way I pictured it. I should be doing more. I should have accomplished more. There are so many goals I set for myself and never completed. But on January 1st 2010 I was a shy, high school senior, attending youth group each week, and trying to decide where I should go to college.  I was scared. I was full of hope. I was in a season of learning to navigate grief and loss. I had little knowledge about the world around me outside of my church, my town, and my family – let alone any knowledge or confidence of who I was and what my purpose in life was. Would I stay home and go to the college 20 minutes from my house? Or would I go to the school 1.5 hours away? It was the first major life decision I ever made. I remember going to the Gardner-Webb campus in February 2010 for a scholarship interview. I did not get the scholarship, but the experience confirmed that Gardner-Webb was where I needed to spend the next four years of my life. I didn’t take in the full picture of the cost. I didn’t anticipate that financial aid would slowly dwindle away each year, and I didn’t take into consideration the loans I would still be paying off 10 years later – I just knew there was a nudging in my heart for me to step outside of my comfort zone, to leave home for least 5 days a week and experience something new. And although I sometimes resent that 17-year-old girl for her choice when I am making those student loan payments each month, I am so proud of her decision to walk bravely scared into an unknown future, because that decision made me who I am today, and I am eternally grateful.

If it wasn’t for the grief and the loss, I might not have made that same decision. I wouldn’t have understood the brevity of life. I wouldn’t have appreciated the little moments that make big impacts. That year opened my eyes to so much. I learned about the power of brokenness and transparency among a community of believers. I learned about the power of worship. I learned about the beauty and history of scripture and the church. Until then, I had only ever accepted everything that was told to me as truth without reading and understanding the context for myself. It was the first time I started to see that there were people who believed differently than me, went to different types of churches than me – but still desperately loved and served Jesus. It was the first time I started to read through the Gospels and get to know Jesus for myself. It was on that college campus that Jesus became so much more real to me. His Kingdom was so much bigger. His love was so much deeper.  His presence was so much more real. His purpose was so much more passionate. His friendship was so much more personal.

It was in October of that year that I found myself on my knees alone in my dorm room floor with an open Bible and an open journal in front of me when I made the decision to start a blog. My expectations were not aligning with my reality, and I felt spiritually weak, but I met with God in the place of my pain. I put pen to paper to write what He was speaking to my heart, and then decided to share those words with the world. That first post was titled “Weakness in the Spirit: Where do I find my strength?” and I remember it vividly. Although I sometimes cringe when I go back and read some of those early writings, I am grateful for that lonely college freshman who decided to once again step out in faith and do something she had never done before. A few months later I posted a blog with lyrics to a song we had been singing on campus. The song was “Set a Fire” by United Pursuit and it was not well known at the time. My post showed up in the Google results when people searched for the lyrics. I started having comments come in from all over the country of people who had found my site after looking up the words of the song. People I had never met were telling me my writing encouraged them and gave them the kick-start they needed. They thanked me for my faithfulness and encouraged me to keep writing. I received comments telling me my blog provided the confirmation they needed. I received comments asking deep questions about whether or not I believed God could heal the sick, and if so, why did He heal some and not others. I never set out to reach the world, but somehow, I was making an impact on the lives of people I had never met, and I was doing it from within my dorm room. I found passion and purpose in writing. Over the years, that blog would receive over 45,000 views. Not much to some – but more than I could have ever imagined when I first started writing and hit the “post” button on that Tuesday night in my dorm room.

When I started college, I thought I would make lifelong friendships and maybe find my future husband while I was there, but that did not happen. I met some amazing people who significantly impacted my life, but college didn’t miraculously change my quiet, guarded, and reserved personality. I didn’t magically start opening up and allowing people to get to know me. In fact, it wasn’t until after I graduated college and moved back home that I first started to establish my closest friendships. I remember the early days of our friendship so clearly, because it was all so new to me. It was exactly what I had always hoped and prayed for – and they came into my life without me ever going out looking for them. They showed up uninvited during a time when God knew I needed them the most. They welcomed me in without me ever asking to be included. They climbed over walls I built to keep them out. They kept asking questions when I tried to shut down. They continually challenged me and never accepted my silence as an answer. They forced themselves into my introverted life, and my life has been changed for the better ever since.

Ten years ago, I would get anxious at even the thought of getting on a plane or a boat. My dad offered to take my sister and I on a big trip the year she graduated high school and I graduated college – but I couldn’t accept the offer. I was too afraid. It made me sick to my stomach to even think about being in the open sky or open water. I looked at the shortest flights and cruises I could find, but I couldn’t manage to choose where I would want to go. The fear was overwhelming and I couldn’t conquer it. I remember those tears so clearly. I was so disappointed in myself.

But since that day, I’ve stood at the top of the Gateway Arch. I’ve been on a riverboat cruise in the Mississippi River. I’ve been on two cruises to the Bahamas. I’ve flown to Washington DC on a spontaneous whim just to conquer my fear of flying. I stood at the Lincoln Memorial and witnessed a march for peace and civility. I visited the Holocaust Memorial, the Museum of Natural History, the National Art Gallery, the Bible Museum, and countless other historical landmarks and memorials. I flew to New Orleans, walked Bourbon Street, participated in a Second Line, and ate gumbo and beignets. I flew to Chicago, walked along the Riverwalk, ate deep dish pizza, and stepped out on the ledge at Willis Tower. It was as if one day my desire to see the world suddenly became bigger than my fear of how I would get there.

In the past ten years I’ve graduated high school, college, and graduate school. I’ve established a career in human services, and I love the work I’m able to do and be a part of in the community. I’ve counseled, mentored, and coached people who just needed some extra support and encouragement. I’ve been counseled, mentored, and coached myself. I’ve become a homeowner. I’ve led Bible Studies. I’ve wrote blogs. I’ve completed training to become a licensed foster parent. I’ve watched people I love get married, have babies, and buy houses. I’ve seen God answer prayers, break generational strongholds, and show up in ways I never even thought to ask Him to. I’ve seen Him exceed my expectations time and time again. And I know this is only the beginning. He’s just getting started. There is still so much more beauty and adventure left to come.

In the past few years, I’ve learned a lot about poverty, injustice, racial inequity, systematic oppression, abuse, neglect, and trauma. These are heavy topics. And compassion fatigue is real. It’s easy to burnout when the problems of this world are so overwhelming and you feel so powerless to change them. It’s easy to scroll through social media and pretend the social justice issues don’t exist simply because they aren’t impacting you directly. It’s easy to binge watch mindless tv shows to escape the harsh reality of the world for a brief period of time. But I can’t let those habits continue into this new decade. God has done a great work within me these past 10 years, and as I move into this new decade, I’m asking Him to do a great work through me. I want to be less passive and more active. I want to be less self-centered, and more kingdom-focused. I wanted to be less distracted and more attentive. I want to be less hidden and more present. I want people to see Jesus when they look at me, hear Jesus when they speak to me, and feel Jesus when they are near me. I want to be His hands and His feet. I don’t just want to be changed by Him; I want to be used for Him. I don’t have a perfect vision for what 2020 will bring, but that’s okay, because I’m walking by faith and not by sight.